Union Home Minister Shri Amit Shah paid tributes to Bharat Ratna Babasaheb Dr. BR Ambedkar on his Mahaparinirvan Diwas. In a tweet, Shri Amit Shah said, “I bow before Babasaheb on his Mahaparinirvan Diwas, who gave the nation a futuristic and all-encompassing Constitution that paved the way for development, prosperity and equality in the country. Following the footsteps of Bababsaheb, the Modi Government is committed to work for the welfare of deprived sections who have been excluded from the development process for decades.” 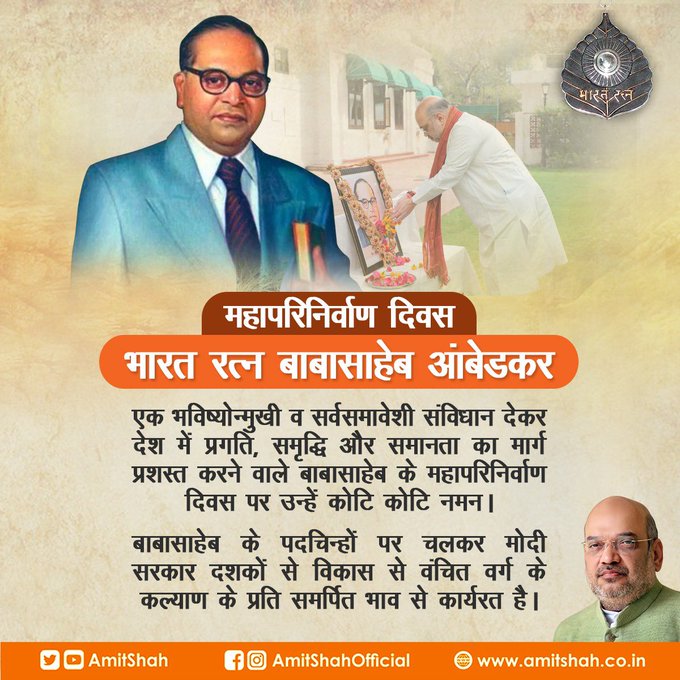